Envisioned by The German Luftwaffe as a principle Heavy Fighter, The Arado Ar-240 was also seen as protection against Allied Bombing Squadrons over Germany during World War II. Although (14) were eventually produced, only (5) saw service on The Russian Front (1942). Poor handling and other issued saw no further Ar-240s built or re-designed. 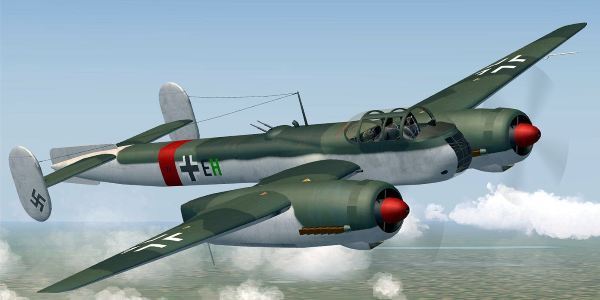