This mission, you are defending The Heuneburg and must kill the entire invading army in order to be victorious. You will immediately recognise the difficult situation facing you due to the use of wooden walls: enemy soldiers can attack and destroy wooden walls easily without the use of any siege equipment. Bear this in mind and do not let them get too close.

You also don't have a great deal of troops to defend your castle with in this mission. Start by moving all the troops from the right of your fortress over to the left, to help with defending your castle. Once this has been done, focus on preventing any siege equipment from doing damage to your castle. Your Archers will automatically start targeting it, but make sure that you can destroy as much as possible before it starts doing damage. If Archers get knocked off your wall, simply move them to the second wall instead.

Next, enemy Archers will start attacking you. There isn't really a lot you can do here other than let your own Archers take care of them- the height advantage you have will pay off in the end and you will end up with the least casualties leaving the enemy with fewer troops. Enemy Spearmen will also start attacking what is left of your walls by the time they reach them, so this will provide a valuable distraction for you to try and kill as many of them as possible using your Archers. Similarly, send your Spearmen and Swordsmen out from behind your Gatehouses to kill some more of the enemy Spearmen too. 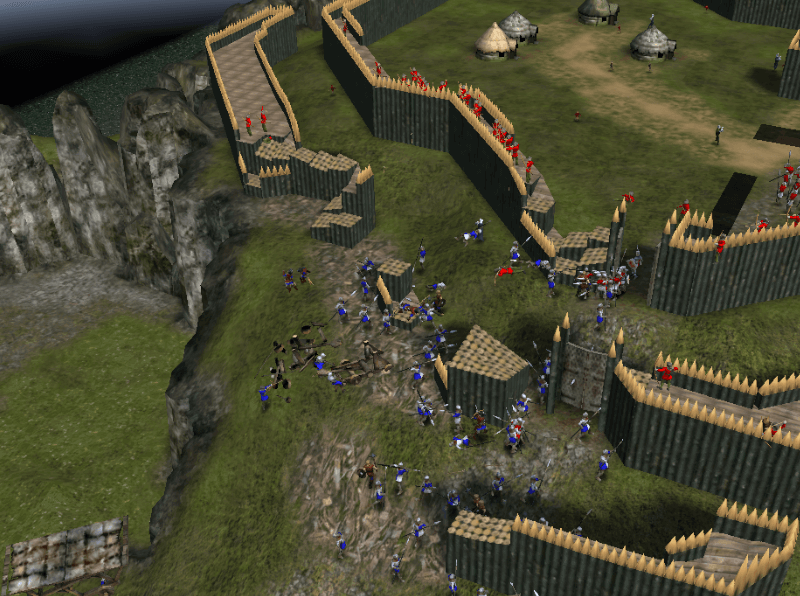 Regroup your Spearmen after this, and send them to protect any breaches in your second wall. Once the enemy Macemen attack, send all of your melee units to attack them, and allow your Archers to also take them out via ranged attack. Regoup your Spearmen and Swordsmen again by your second Gatehouse, and when the final wave of Swordsmen and Knights come, send all of them against them. They won't last, but they will take valuable life off them and most importantly delay the troops as they are coming to attack your castle. While this attempt is ongoing, move some Archers next to the wall just opposite the opening of your Keep. This will allow you to use the Tower and wall Brazier to light some of the pitch ditches while the enemy are marching through the courtyard to attack your Keep. 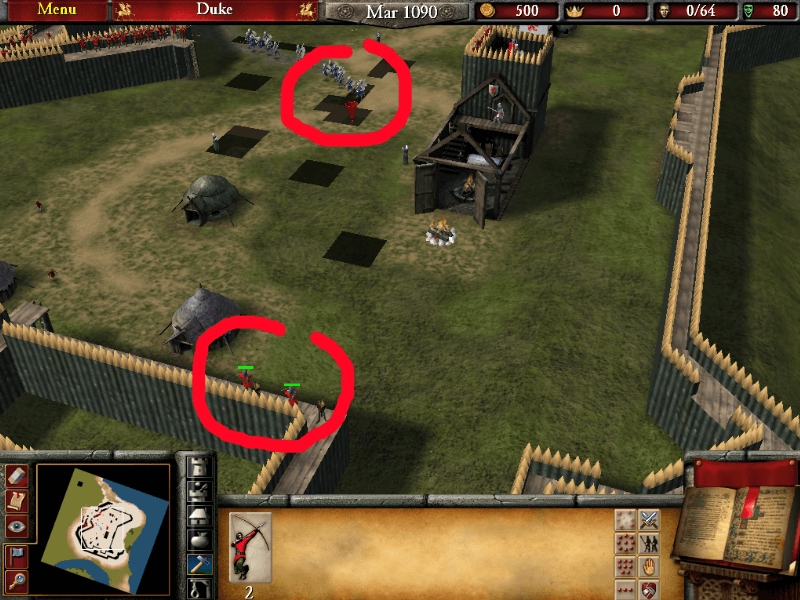 Once this has been done, move all your remaining Archers into the Courtyard to attack the enemy soldiers heading to your Keep. It's likely that a few will reach the Lord at the top of your Keep, but after sustained fire from your Archers and the strenght of the Lord himself, it's unlikely they will do any real damage. Keep the Archers attacking.... and by the skin of your teeth, you survive!

You can download a saved game of this mission here from our downloads section.