The Bishop is a fairly easy opponent. His Castle design is fairly sensible, and he uses troops which are pretty standard. The most important Castle buildings are on the inside of his Castle, including his Granary, so don't expect to be able to destroy that. Those which aren't inside his Castle such as Weapon Production, are placed very nearby just past the outer wall making it difficult to attack them without getting attacked yourself. However, although it is just a simple stone wall castle, it still takes a very long time to complete.

The Bishop tends to favour Macemen, and send these over to your Castle to destroy various buildings. Due to the Leather Armour they wear, they have some protection against arrows therefore I recommend Crossbowmen stationed on walls or Towers to quickly dispense of them. Make sure that where possible you have your wooden buildings protected by Stone walls.

The Bishop takes a while to assemble a siege force, and it is fairly poor when he finally does. Sieges tend to contain a large group of Spearmen along with a smaller group of Macemen and some Crossbowmen. He purchases a single Trebuchet and tries to destroy your wall - although this is never usually enough to do any real kind of damage. He also attempts to smash your walls down with Catapults, but again these do very little damage, if in fact they can actually get close enough to even attack you. Finally, if there are any of his troops left, he tries to send in Laddermen to your walls. I again recommend Crossbowmen to try and kill off his troops very quickly. 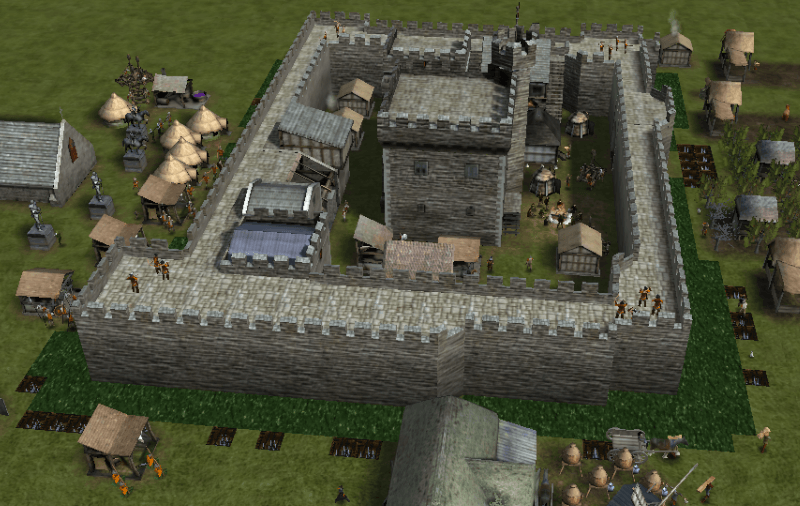 His Castle isn't too terrible but it could be better with Towers in each corner so his Crossbowmen can reach further. He only ever constructs the same design. There are man traps scattered around the outside perimeter of his wall, and outside the Gatehouse, although you can get past these by using Armed Peasants to trigger these traps. The one weak spot in his entire defence is actually outside his Castle. Whenever a Church is placed in the Castle, the lord of the castle will periodically visit it, which, if placed outside of the castle walls, leaves them vulnerable. And this is exactly what happens with The Bishop every time he visits the Church as he must leave the protection of his Castle to get there.

If you do however want more of a challenge, then try a full siege. I recommend using Trebuchets to destroy part of all of his wall, and then sending in Armed Peasants to dig the moat. Once this is done, send in your armoured troops up to his Keep, and finish him off!

Tip: When digging the moat, use Armed Peasants to minimise the damage to your army. Once you're past the moat and into the castle itself, you can either disband them altogether or use them to deflect further damage away from your troops.