Of all AI Lords in Stronghold 2, Edwin is the most pathetic. His castle is one of the simplest and most basic you have probably ever have seen - a single line of Stone wall precariously placed with some required buildings dotted around his inner compound, this is no genuine defence at all. The main troops which Edwin tends to use are Spearmen. These will attack your estate in droves, sometimes along with Catapults. If you have Archers always stationed on your walls, they should be very easy to kill off.

Unless you do maintain a constant supply of Archers on your walls, his Spearmen will wear you down eventually and destroy a lot of your buildings. Archers are the best troop type for taking them out, providing they are in a big enough number. Crossbowmen are even more effective at cutting them down. Edwin's army always consists of Spearmen and Armed Peasants mostly.

Edwin's Siege force is just as poor as the rest of his Castle: he sends over a small number of Archers, a number of Armed Peasants and the biggest number of his troops are Spearmen. He attacks your Castle with Catapults and then sends Laddermen in for any wall which is left. However, his troops are so poorly protected they can be decimated by your Archers before even the Catapults move in! This means that all you need to defeat any invasion by Edwin is a good number of Archers stationed on your wall. Edwin only uses the same three Castle designs, one of which is chosen randomly at the start of every game. All designs are shown below. 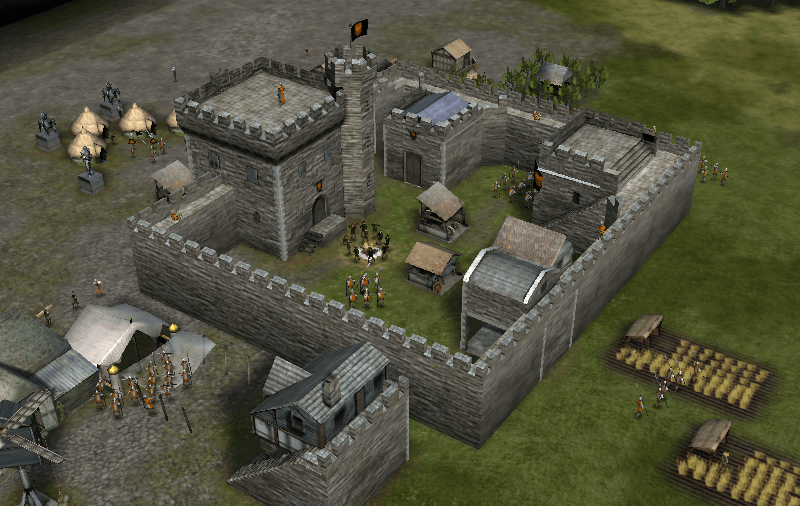 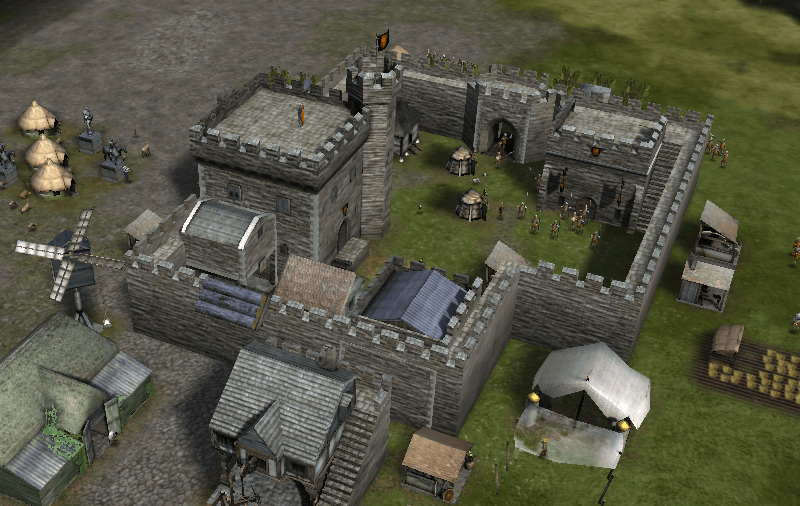 Looking towards his Castles, one of the most immediately noticeable things is that his Engineer's Guild is placed outside - on all three designs! When you do eventually attack these castles, your job can be made even easier by commandeering this with a group of Archers and shooting anything on his wall. You can either bring in Catapults to destroy his wall, or send in a few Laddermen the final few feet allowing you to breach his wall. From here, send all your troops up to the Keep and kill Edwin - it's that easy!

Tip: You can seriously damage Edwin's economy very quickly by destroying his Granary, placed just next to his Gatehouse. His popularity will quickly plummet and not return for some time.