The Road to Hell Mission 7

This is a very unique mission - the map setup is very similar to High Passes from the Custom Skirmish section. And while at first this mission may appear exceptionally difficult, it's actually a gift. But only if you move extremely quickly. The estates are so small that once you destroy buildings the AI cannot build anything until you move out of their estate - and in fact due to lack of resources, they might not be able to place them again anyway. The flip side to this is, of course, that if the enemy attacks you and breaks through your wall, the same thing will happen to you.

You also start the mission with both an Ice Tower and Sorcerer's Tower - a very unique combination. Once your Ice Tower is destroyed, you cannot place another so make good use of it. You'll also need to repeatedly check the number of Archers on your walls (throughout this mission) as Giant demonic bats are persistently sent over towards them and you will rapidly lose the number of Archers you have. Sell anything in your Stockpile - and some things in your Granary if you need to - in order to recruit enough Archers to protect your walls while you're away.

To start the mission, place your Granary somewhere in your Castle. The very first thing you should do is purchase a Frost Giant from your Ice Tower. Send him North of your position and immediately destroy the gatehouse of the first Vlad. Cause absolute havoc inside, but focus on destroying the Sorcerer's Tower first. Then destroy the Barracks, Armoury and Granary. Now you can destroy whatever buildings you would like inside the estate. Purchase an Ice Queen when you can, along with as many Werewolves as possible. Send them all into the estate along with your own lord and all your White Witches.

Firstly use your Ice Queen's 'Power of Winter' special attack to Freeze Vlad, then send in all your Werewolves to attack him. Finally, use your own lord's power to summon Werewolves on top of the keep and overwhelm Vlad. That's the first lord killed. Now send your Frost Giant quickly towards the castle North East of your own Keep. Follow the same process; destroy the Gatehouse, rush in and destroy the Sorcerer's Tower - then Barracks and if lucky before he dies, the Armoury. You'll notice that due to lack of resources (I assume?) the AI does not rebuild their castle there - so purchase another Frost Giant once your old one dies, and send him off the finish the work.

Also purchase as many Hell Hounds as possible, selling anything necessary. Send them all in to kill all the Archers in the towers. Now pause for a quick moment while you recover, send over your White Witches, send in your Hell Hounds to the keep and Ice Queen - do exactly the same process; Freeze the lord, then send in all your troops to attack him. 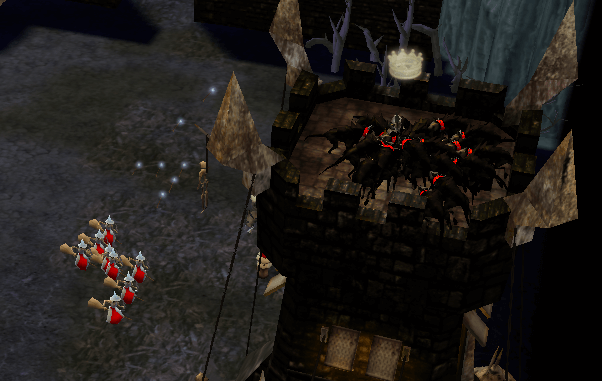 You will probably find yourself coming under heavy bombardment now from the final Vlad, so there is no time to rest as he will shortly be sending out a Siege - if he hasn't done so already. You must recruit as many Hell Hounds as possible in order to defend your castle during this Siege. You will win if you can recruit around 20-30 - just make sure you hold a defensive position and keep them together. In the meantime, you don't have a choice and must move straight on again to attack the third and final Vlad. This time, you'll approach from the opposite gatehouse from where your own estate is.

Destroy the Gatehouse with a Frost Giant, destroy the Sorcerer's Tower, Barracks, Armoury then send in all your Hell Hounds & White Witches to kill of Archers and any other troops nearby. You've made the hard part. But your economy is probably broken, and you have very few Hell Hounds left (I had 9 at this point). Take a few moments to re-place your Granary, buy some food and place a new wood camp. You'll unfortunately have to wait until your popularity level goes back up to a positive figure, but you can now afford to wait as long as you keep your remaining Hell Hounds on Vlad's estate. I also brought in my remaining White Witches and Vlad himself for when I did eventually storm the keep as I could use his special power once more. 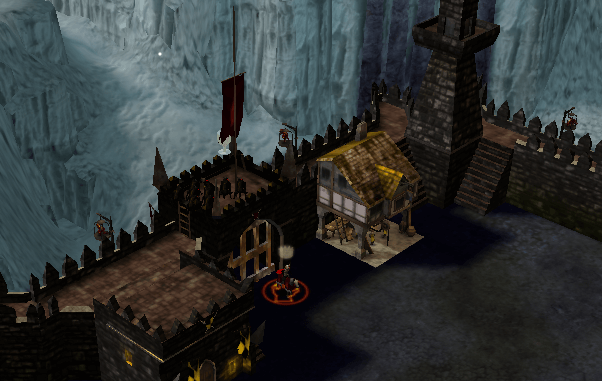 Wait a few moments for your economy to build back up slightly, and then start selling more wood and buy spears. Recruit some men-at-arms, and send them to capture the final estate on the map, in the centre, which Vlad has probably captured. After this move them ontop of the Gatehouse with your other troops. You may also need to buy enough Stone to rebuild your Sorcerer's Tower. Once you have around 30-40 Hell Hounds, you're ready for an attack to his Keep. Firstly, send forward one or two Hell Hounds with the lowest life to attack Vlad. He will use his power to Summon Werewolves - wait a moment until those one or two Hell Hounds are dead and he Werewolves have gone, then send forward your main attack. Victory! 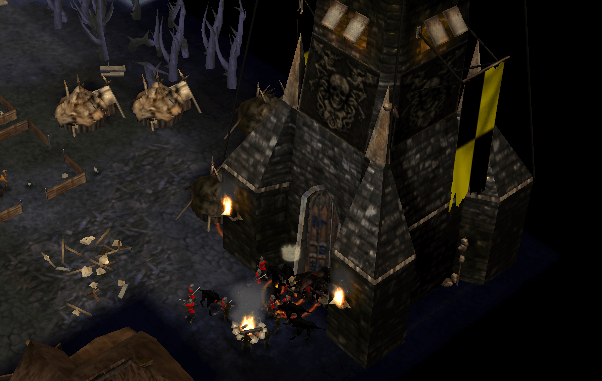 You can get your saved game of this mission here from the downloads section.